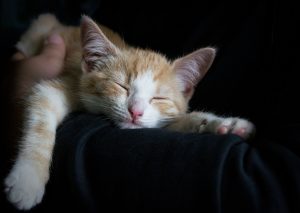 I guess I’m a more optimistic person than I realized. For some reason, I thought that I really could Do It All: write everyday for Writing Practice Month, have oral surgery, keep a clean house, continue making progress on the indie publishing. Sure, I figured I would probably move a little slower than my standard Mach 3, but it wouldn’t make that much of a difference.

Yeah, I’m pretty funny*. Instead, what happened was that my body (and I think my mind, and perhaps my soul) said, “You know what? We’ve been running so hard for so long now, doing everything you’ve demanded of us, and now you go and get yourself cut up? Well, fine. Then we are going on strike! We need a vacation, and it’s not like you have a choice in the matter. So there!”

Whatever motivation I had for my projects, and even just general Life Maintenance, went soaring out the window and landed with an audible thud on the pavement. There was even a large splat of good intentions smeared into the sidewalk cracks.

Everything inside of me just cries for rest. Apparently “rest” takes the form of naps, chick flick viewing, chick lit reading, and the occasional mosey in fresh air. Multi-tasking? Forget about it. The closest I get to that is eating** soup*** while watching TV.

So I’m getting the message from the universe: Take it slow and easy. One day at a time. And it’s okay to have ambitions, but just work on them in little bits. Think “marathon,” not “sprint”.

I don’t know how many times I have seen those written down, but it certainly feels like they are starting to wear into my bones.

*If by “funny” I mean “grossly overambitious” or perhaps “deluded”.

**Does one “eat” soup? Isn’t it more like “drinking”? Or is it more a matter of the soup’s thickness? Say, with a thick potato soup or split pea soup, those I think take some effort, so you eat them. Thinner soups or consommes, where it’s easier to consume it by tipping the bowl into your mouth should be a matter of drinking. But what about chicken noodle soup, or ramen, where you’re half and half—you eat the noodles, but drink the liquid. See? This is just another example of my brain being on strike.

**Fun fact: Your body wants a variety of textures when dining. I will just say that eating soft mushy foods for a week gets incredibly boring. God, I miss pizza. And chips.