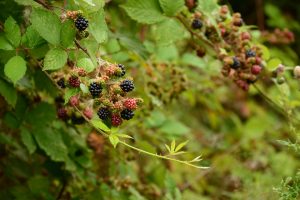 “You gotta beat back nature”

I grew up with historical romance novels*, and then read a ton of Harlequin Silhouette romance novels in college**. After graduating and becoming “an adult,” I started reading “real” books***, and saw no need to ever read a romance novel again. They were mindless brain candy, and I was more mature than that.

I can’t remember why, or how, I started reading romances again—too many YA dystopian novels? too much violence against women in Game of Thrones****?—but I found an escape that felt good and hadn’t realized that I had missed.

Still, I felt embarrassed to be seen reading romance novels, regardless of how well-written they were (or even if their covers did NOT scream romance) because, well, they’re romances. Chick lit. Silly fantasies. Definitely not something that an educated, intelligent person should read*****.

Then I came across this post by fellow author Alex Kourvo, and I began to rethink some things:

The Novels We Need Right Now

Maybe it’s okay to read something that makes you hopeful, that makes the world seem a little brighter, and that brings a smile to your face. And what’s wrong with a happy ending? After all, Much Ado About Nothing is a classic, and as Nora Roberts points out, everybody ends up happy.

If you haven’t read a romance novel, give one a try. I recommend Pride and Prejudice by Jane Austen for those who want a “real” book (it’s a classic for a reason), but who also want to dip their toes in the romance genre******.

Looking for more suggestions? I’ll give my romance recommendations in an upcoming post.

Are you a romance reader, or a romance avoider? Let me know in the comments.

*Like Kathleen Woodiwiss (A Rose in Winter was my favorite book in high school and Ashes in the Wind formed my understanding of the American Civil War.)

**Instead of the gigantic chocolate chip cookies they sold at the campus store, I would reward myself with “just a chapter” from a Harelequin Silhouette romance novel. Which usually turned into two chapters, then three (they were so short!), until I had finished the novel and found myself having to finish my term paper at 1 am.

***Like Sophie’s World (amazing) and Outlander (stayed up all night with that one).

****FWIW, I loved the first novel, and I enjoyed the first season of the TV series, but after awhile the violence against women just depressed me, as much as I adored Tyrion and Arya.

*****To be fair, I have read a considerable number of classics in recent years, including War and Peace and Moby Dick (both of which I enjoyed).

******For more of a paranormal mystery, give Jane Eyre by Charlotte Bronte a shot. But at all costs skip Wuthering Heights by a disturbed Emily Bronte (unless you’re into abusive relationships, and that’s not romance). 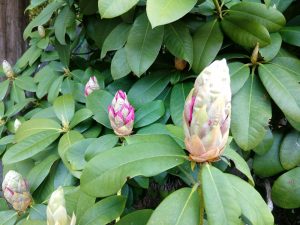 kernels on the branch 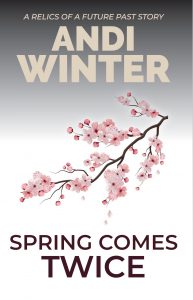 You would think that publishing a book (let alone, a novel; let alone, your FIRST NOVEL) would have you immediately shouting it out to the rooftops.

Especially when you’re a bit of an introvert. And busy with Life and its assorted bummers and delights. And slightly forgetful (didn’t I already tell everyone?).

So here it is: Spring Comes Twice. A novel about a guy* who just wants to bring his dead fiancée back to life. But he never imagines the Chaos That Shall Ensue.

This one was a lot of fun to write, and at the same time really nerve-wracking.

For National Novel Writing Month last year, I challenged myself to write a novel completely “into the dark”—no outling or dreaming ahead of the start date (i.e. November 1), and only using a title** and a first line prompt to get going.

When I started writing it, I had no idea what the story was about, where it was heading, or what was up with the talking dog***. No. Freaking. Idea. So I kept writing to find out for myself.

And boy, this was a story I never could have imagined writing. Which in hindsight seems a little silly, since a lot of it is stuff I love: Astoria, bacon, German luxury cars, Asian mythology, and tiki. The other stuff that pops up? Hell if I know.

Spring Comes Twice is available in ebook and paperback in the usual places (Amazon, Barnes & Noble, Kobo, Apple and other places).

For a look behind the writing curtain on this book, take a look at the posts I wrote during 2018 Nanowrimo.

For a sense of the “Relics of a Future Past” series, sign up for the newsletter (over there on the right side) and I will send you**** a free short story set in that universe. It’s a time travel tale with WWII, romance, and tacos*****.

*Well, a tech billionaire, to be precise.

**A shout out to my amazing husband for the title.

***SPOILER ALERT: There is a talking dog. He’s awesome. 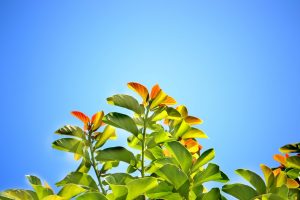 I sit in my writing room

-to be fair, it was overcast earlier